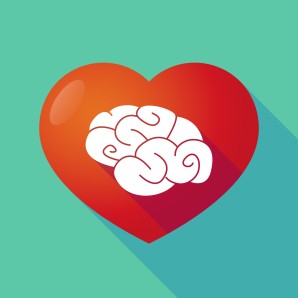 If I were ever to write a personals ad, this is what it would say:

for friendship and conversation. If you like literature, science, trivia, genre fiction, cats, humor, journalism, artistic pursuits, creativity, and above all intelligence, I’d like to meet you. Race, appearance, gender identity unimportant. Prefer non-smokers. I’m open-minded. Are you?

Of course, I’m not going to write a personals ad, since I’m married, have been for 30 years, and barely socialize as it is. Polyamory is not an option at this point.

But there you have it. I don’t care about muscles, status, income, or what kind of car a man drives. I want someone who is bright, witty, and creative. Preferably with facial hair, although I will let that slide if everything else meets my criteria.

That describes my husband, my past boyfriends (even the disastrous ones), and my male friends, past and present. We are all interested in, attracted to, aroused by intelligence. That’s what “sapiosexual” means.

(It once occurred to me that the qualities I look for in a man are all above the neck. In fact, three of them – the most important – are above the eyebrows.)

Female sapiosexuals sometimes have a hard time finding someone to socialize with, date, love, and even marry. Part of this, I fear, is due to the ruthless socializing of women in what makes a man desirable – no fatties, no baldies, all the things you regularly see in personals ads. There is less of that among sapiosexual women, as many of them have learned to look past the physical in the search for the intellectual.

Many men are intimidated by sapiosexual women. First, many of us don’t meet the media’s idealized standards of beauty. (Let’s face it, hardly anyone does, so if that’s what you’re looking for, you’re apt to be very lonely.) We have large vocabularies and wide interests, and probably know more than a prospective male friend does on at least one subject. Many of us can and do hold our own in arguments.

These traits lead us to be seen as know-it-alls – Hermione Granger types – who don’t know how to have fun and don’t want anyone else to have fun either. The know-it-all complaint can be true, I must admit, but sapiosexual women do indeed know how to have fun. It’s just that our opinions about what is fun, like so much else about us, diverges from the norm. We have fun in conversations. We enjoy variety and newness. We appreciate learning something new and being challenged. We even enjoy doing those things in bed.

I don’t however, fall for just anyone who is bright, witty, creative and has facial hair. I try to avoid intellectual bullies and nose-looker-downers, those who wield their intelligence as a weapon to intimidate, humiliate, or dominate. You know, those people who glare and shout, “It’s pronounced ‘dis-sect,’ not ‘dy-sect’! TWO esses!” when you’re still in the middle of your sentence.

No, in addition to the above-mentioned traits, I want someone who’s kind. Believe it or not, kindness can be compatible with intelligence.

And let’s not forget that there are different kinds of intelligence. Some people, like me, are word people, who gather information by reading. You often hear readers put down others who watch a lot of television. But some people process information visually or in other ways. Also, some people forego college degrees to practice and improve their creative skills. And some people, like my husband, are experts on people and how they interact. I’ve learned a lot from him.

Where do you find sapiosexuals? Nearly anywhere. If you limit yourself to colleges and think tanks, you’re missing a lot of possibilities. I have known sapiosexuals who work as tow truck or front loader drivers, parks and rec workers, and restaurant managers. I have met them at work and at science fiction conventions (always a place rife with sapiosexuals). I have found them at folk music concerts and house parties. I found my husband outside a food tent at a music festival.

Is there a sexual component to sapiosexual relationships? Absolutely. Despite the stereotype of the brainy nerd who never gets laid, a sapiosexual can be physically as well as intellectually stimulating. Many a relationship has started with a mutual interest in poetry and ended up in bed.

And that’s the point. Sapiosexuals may have a hard time finding fulfilling relationships – whether friends, flirtations, lovers, or marriage partners. But when they do, it’s something special.