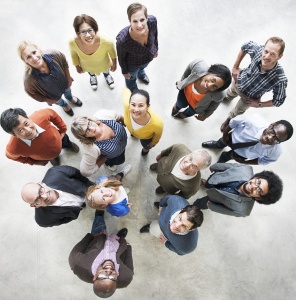 The “Me Too” campaign, in response to all the accusations, admissions, apologies, non-apologies, and political maneuvering, has had enormous effects. Women everywhere are opening up and sharing their stories of microagressions, unwanted attentions, assaults, and rape that many of them have never spoken of before. Most of the attention has gone to politicians and media figures, but the problem goes right down to every level of society.

I’m one of the women who has “Me Too” stories.

But I also have plenty of other stories – of men who were decent, gentlemanly, and reasonable, men who had my back when I needed it, men who respected my autonomy.

I don’t want to get into the “Not All Men” debate, or the “Now I can’t even make a pass” furor. I was challenged by my friend Diana to think about the good men in my life and celebrate them. And that’s what I’m doing here.

Let’s start with my father. One clear memory I have is of when I went to buy my first new car and he came with me. He looked at the cars with me, gave me advice on their mechanical soundness, and shared his experience of various models. I picked out my car (a blue Chevette) and he went with me to the sales office. The salesman asked my dad if he would co-sign the loan with me. And my dad said, “No.” Firmly but politely.

This was back in the day when young single women found it hard to get credit for a major purchase, especially if there was a man around who might take up the slack. But my father said, “No.” He believed that, since I had a job and was living on my own, it was my responsibility to make my own financial decision – and take responsibility for fulfilling it myself. Was I upset that he left the transaction up to me and the car dealer? I was proud.

Then there were the friends, male and female, in line with me at a restaurant. I objected to the racist and sexist decorations. The host replied, “If they really bother you that much, you could leave.” Did I just imagine the sneer in his voice?

“You’re right,” I said, turning on my heel and marching off down the street. When I finally looked back, every one of those in my party were following me, including the men. They literally had my back.

Or the work friend, whom I joined in after-hours putt-putt golf matches and card games at his house. He was a notorious horndog, but he never made a move on me – until the day that we were driving around and he confessed that he was interested. “But you haven’t even kissed me yet,” I replied. Then he did, once I had given him the go-ahead.

There have been men who accepted a “No,” without getting mad, or whining about the “friend zone,” or making me feel like dirt. There was even one, a big, tough guy who accepted a “No” when the interaction had reached the point of “heavy petting,” and held no grudge.

There have been men who accepted a “Yes,” without gloating or bragging or taking it for granted.

And then there’s my husband. We met under peculiar circumstances, in which I was stranded in a town miles from home (by a man who ran off with another woman, never giving a thought as to how I’d get home). Dan lent me money, drove me to the bus station, and gave me a bag of dried apples for snacking during the trip.

Since that time he has had my back every minute, under every circumstance, supporting me when I needed it, backing off when I needed to handle something myself. He has loved me when I was unlovable, cooperated when I was uncooperative. He’s literally supported me when I couldn’t work, and not resented when I could work and made more than he did. We’ve had our disagreements, but he always listened to my side – and sometimes changed his mind because of it. All in all, he’s an unusual man.

So either I’ve met a lot of unusual men and only a few jerks, or there are decent, reasonable, polite, and understanding men out there who get no publicity. Because where’s the newsworthiness (or entertainment value) in saying, “When I knew so-and-so, he treated me like a person. And I appreciated it”?