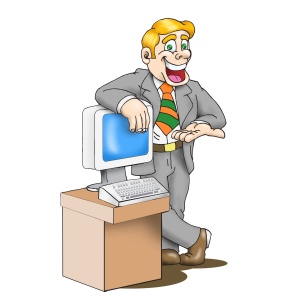 I think by now most of us view TV commercials with a certain degree of skepticism. Does anyone still actually believe that wearing a certain cologne will make us irresistible to the opposite sex? That drinking a certain beer will make us young, fit, and surrounded by responsibly drinking yet hard-partying friends?

And we all know that the fine print at the bottom of the ads is essentially meaningless. Is “Please drink responsibly” really likely to increase the number of designated drivers at bars and nonalcoholic beverages at holiday parties? We can hope so, and a fraction of drinkers may practice these sensible precautions.

But do we really believe that beer and liquor ads contribute to that? Or is social responsibility more likely the result of campaigns by M.A.D.D. and the tightening of drunk driving laws and limits?

Then there are the ads for products. I don’t have the best eyesight but I’ve made a habit of trying to read the tiny disclosures. I think we all know that “Dramatization” and “Professional driver on closed course” and “Do not attempt” actually indicate that whatever is being portrayed in the car and trucks commercials should not be taken seriously. They either defy the laws of physics or fall into the “Here, hold my beer” category.

But lately the ad agencies have gotten even sneakier, if slightly more truthful in their disclaimers. Mascara commercials now often include tiny type that says that the results pictured were produced not by the make-up alone, but by the cosmetic being used at the same time as “lash inserts,” (aka fake lashes) which are not mentioned by the voice-over that promises long, lush lashes. In other words, the commercial is essentially a lie.

(I understand that in England advertisers are not permitted to do this, with or without disclaimers. I wonder if they sell less mascara as a result.)

But lately, commercials are starting to let us know who the people in the commercials really are. I think most of us know that “paid endorsement” means that Alex Trebek doesn’t really buy the brand of insurance that he hawks.

And I applaud ads for drugs that tell us that the person is a real patient, if for nothing else (https://wp.me/p4e9Hv-Ev). But now they’re telling us when the “patient” isn’t a real one. “Actor portrayal” it says in the fine print. Don’t we assume that the people in all commercials are actors? Why do they feel compelled to tell us something we already know?

There are even sneakier versions of this particular kind of bait-and-switch. Lately I’ve noticed ads that say, in essence, “We took a letter from a real customer and turned it into a commercial with a better-looking, professional actor.” It’s a bizarre blending of the real and the fake.

Yet more puzzling are ads that I’ve seen lately for a certain brand of candy. The ads look typical. A person faces the camera, dressed like a firefighter or a farmer, and says, “I’m Misha and I like this candy because it satisfies my cravings” (or whatever). So far so normal.

But once again there’s the fine print. In the commercial I’m talking about, the little tiny letters don’t just say “Actor portrayal.” They say that the person doesn’t exist, the name is made up, and it’s just an actor claiming to like the product. In other words, the entire advertisement is a lie.

I don’t read Advertising Week anymore, as I no longer work for an advertising agency. (The fact that I once did is one of my deep, dark secrets.) So I don’t know for certain that some regulatory agency isn’t cracking down on what fine print is required to say. Maybe the “Do not attempt” and “Paid endorsement” announcements are legally mandated. Maybe even “actor portrayal” when it comes to pharmaceuticals.

But I have the sneaking suspicion that some of these exercises in unreadable typography have been put there by the ad agencies just to see if we’re paying attention and what they can get away with.

How stupid do they think we really are? (Don’t answer that.) Or are they just counting on the poor eyesight of the aging population?

Personally, I assume that every advertisement I see is a lie of one sort or another. It’s just disconcerting as well as depressing when they make it so blatant.