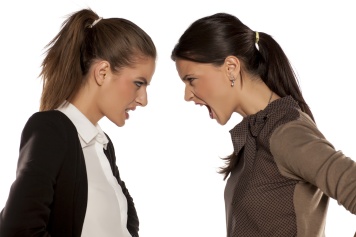 Lately there have been a lot of memes portraying Michelle Obama and Melania Trump. Among the many questions raised, along with personal style, charitable activity, physical grace, and styles of dress, is this: Which one is a true lady? If I remember correctly, one specific meme asked about “showing skin” vs. “class.”)

Since this is a problem of definition and I am a former English major, I felt compelled to jump right in. Here are some definitions I’ve heard for the term “lady.”

“A lady never wears white after Labor Day.” As far as I can tell, all prohibitions regarding fashion have, praise be, flown out the window. Here’s what wisegeek.org has to say about the white/Labor Day rule:

In many parts of the United States, a rule about not wearing white after Labor Day . . . is heavily ingrained. The roots of the idea . . . appear to be shrouded in mystery, and the rule has been greatly relaxed since the 1950s and 1960s, when it was more heavily enforced. People who choose to wear white into the fall are no longer heavily criticized for the choice, and are sometimes embraced as fashion forward trendsetters.

Originally, the restriction applied only to white dress shoes and pumps, which are typically unsuitable for winter weather anyway.

“A lady only accepts countertop appliances.” This idiosyncratic rule was voiced by my friend Karen upon learning that a male acquaintance had offered to buy a mutual friend a dishwasher. I’m sure there must be a rule somewhere about gifts of jewelry (“A lady only accepts semi-precious stones”), and if there isn’t, I’m inventing it now. One has to be more than just good friends with a man to accept diamonds.

“A lady has modest and maidenly airs and virtue a blind man could see that I lack.” Uh-oh. Now I’m quoting from Man of La Mancha. Someone stop me. It takes us into Madonna/whore territory, where I suppose this discussion has been heading all along. Or Lady/Tramp. No wait, that’s Disney.

Notice that in all but the first and last instances, the qualities of a lady can be seen only by her actions and not by her appearance. A lady is as a lady does, as it were. That’s one reason that Michelle/Melania memes are ridiculous. You can’t tell whether either woman is a lady simply by her appearance. It is her actions (not showing underwear, not accepting large appliances) that are better at separating ladies from women.

And after all, isn’t that what we’re talking about here? Having rules that separate women from other women and making a judgment on who is the better person? This dichotomy has assorted male versions as well (sperm donor/daddy, gentleman/jerk, redneck/anyone else), but it’s the woman/lady rules that carry a real bite. Ladies are worthy of respect; mere women are not, is the implication. There are even further distinctions: lady/slut is the most common and most invidious.

It’s my belief that these comparisons are frivolous and ridiculous, meant to divide (and conquer) women by pitting them against one another instead of paying attention to issues and distinctions that really matter. Then another person is entitled to hoist his (yes, his) nose in the air and say,”Women will never be able to hold power when they’re always sniping at each other and obsessing about shoes.”

Apologies to Doreen and Karen, who I think were being ironic rather than sniping, but if we want other people to stop judging us, we should give ourselves a break too. “Lady” is a term with little meaning. It essentially says only, “I like and approve of this woman but not that one.” It’s not worth mud-slinging about. Or wasting our time on insulting memes.