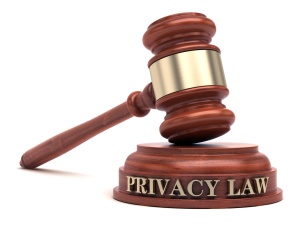 The right to privacy, as defined by the historic Roe v. Wade decision, ought to be something that conservatives could get behind.

Okay, not when it comes to abortion, marriage equality, transgender persons in bathrooms, and other sex-loaded topics. There conservatives appear solidly anti-privacy. As they so often point out, the right to privacy is never mentioned in the Constitution. (Neither is education, which leads some to say that the Department of Education is not legitimate.)

But think about other issues near and dear to conservatives’ hearts and minds. At least to some degree, many of them can be framed as privacy issues.

Gun Ownership. Certainly the main argument here rests on the Second Amendment to the Constitution in the Bill of Rights. But if you look past the basic right to bear arms, matters of privacy begin to be involved.

Take gun registration. Many gun owners fear that registration of firearms is a prelude to confiscation of guns at some future date. Opposition to gun registration can be seen as a right to privacy in that context – gun owners want to have privacy regarding the number and kinds of firearms they own, and they believe the government has no business knowing that information.

Property Rights. Land owners, particularly in the Western states, feel they are entitled to make their own decisions about land use privately, without government interference and regulation. Water use, mineral rights, livestock conditions, and other factors, they feel, should be up to the individual farmer or rancher. In these days of drought, for example, why should anyone else get a say in how much water (that exists on his or her own land) the family farmer should be able to use? Who has the right to put restrictions on that and other practices? Aren’t those private decisions?

Medical Decisions. Leaving abortion aside for the moment, conservatives had major problems with “Obamacare” (aka the Affordable Care Act) because they believed that the government should not come between a patient and his or her physician. Of particular concern were the so-called “death panels,” which, if any had been implemented, might have led to government personnel having a say in “when to pull the plug on grandma,” or whether a disabled child was ever going to be a “productive citizen.”

Surely end-of-life decisions and those regarding the amount of treatment a person receives are sacrosanct, the ultimate in discussions that should occur privately between physician and patient.

Some religious families, for example, believe that they have the right to privacy when it comes to how – or whether – to treat their children with conventional medicine. Is that freedom of religion? Or is it also freedom from government interference – that is, privacy – in decision-making?

Education, corporal punishment, divorce, and even Social Security numbers and other forms of ID are also seen by some as matters of privacy, and calls for freedom from government intrusion are heard.

Matters get murky, however, when we turn to issues of sex and family. You’d think that what happens in the bedroom (or motel or wherever) ought to be the most private moments there are. But until recently, specific sex acts and even the use of contraceptives were matters in which the government had its say.

Now complicated modern sexual issues are under discussion. The line between public and private behavior is less clear when you think about marriage equality, public bathrooms, HIV status, and gender identity.

The problem is, of course, that the reproductive rights movement has already laid claim to the phrase “right to privacy,” and it has become the basis of their political and social position. The doctor and patient, according to Roe, have the right to privacy when making decisions about the medical procedure of terminating a pregnancy.

And, however much they value privacy, that’s something that conservatives can’t or won’t include in their definition.

I grew up in a house surrounded by guns and bullets.1 After we moved to Ohio, squirrels were no longer on the menu, but in my youth, my Kentucky uncles would shoot squirrels and rabbits and the occasional woodchuck. So I had tasted all of those, usually fried in lard by my maiden aunt, who was for some reason called “Pete,” rather than “Edna Mae,” which was her real name.2

So steeped in gun culture was my family that my father gave my mother a single-shot rifle, which was nicknamed “Grandma,” for their first anniversary. Both of them later became certified rifle and pistol instructors. At age 12 my sister and I both received .22 rifles. We were a well-regulated little militia – three generations worth, if you count “Grandma.”

As if guns weren’t enough of a hobby, Dad also had a thing for bullets. And when I say “thing,” I mean a reloading tool. He would collect spent .38 cartridges (known as “brass”) from the rifle range. He would then put them on a machine operated by a lever that would, depending on the setting, straighten out the cartridges, seat a primer in the bottom, add the appropriate amount of gunpowder, and grease and seat a bullet,3 which was then ready to repeat its journey and reincarnate as empty brass. It was an early form of recycling that for some reason environmentalists never talked about.

Dad also had a hand tool that would reload a single bullet. It looked something like a Bedazzler, only more butch and greasier.

As I entered my teen years, I became more reluctant to spend my Saturdays on the father-daughter bonding experience of going to the rifle range. The smell of cordite in the morning was no longer so alluring. Guns were his hobby, and I was finding my own. Admittedly, crossword puzzles and Star Trek reruns would be less useful than target shooting after the zombie apocalypse, but the prematurely resurrected were not yet on the horizon.

When I was solidly ensconced in my teens and encountered high school, one of the educational exercises they inflicted on us was doing demonstration or “how-to” speeches in front of our English classes. It was a more sophisticated version of show-and-tell, with fewer goldfish. I don’t remember any of the other demonstrations, but mine was reloading bullets. It did nothing to lessen my reputation for oddity.

I took the hand reloading hand tool, an empty cartridge, a spent primer, and powder. I Bedazzled my way through all the steps, happy in the knowledge that, though I gave an entirely valid how-to demonstration, it would be utterly useless to the class.4

It’s worthwhile noting that I did not bring actual gunpowder to school. Instead I substituted iced tea powder.5

It got me an A. These days it would get me handcuffed and tasered.

1. The house was not surrounded by commandos with guns and ammo. The guns and bullets were in the house.
2. She got riled up if anyone called her Edna Mae. Admittedly, that still doesn’t explain the Pete. It caused some confusion when a neighborhood friend went visiting with us and in telling her mother about it, casually mentioned, “I slept with Pete.” She then had to explain (and quickly), “Oh, mother, Pete’s a girl!”
3. He made the bullets himself, too. He had a big chunk of lead, and he would melt it down and pour it into molds. (My mother made him do this outside, which was a Good Thing, because of the fumes and our tender, growing brains.) For those bullet-techies out there, what my Dad made were “wad-cutters,” a flat-nosed bullet used for target shooting. He sometimes substituted wax for lead and made lighter loads for starter pistols.
4. Maybe some of them are Doomsday Preppers now and wish they’d paid attention.
5. Which is ironic, considering how much I loathe the Tea Party and open-carry enthusiasts.