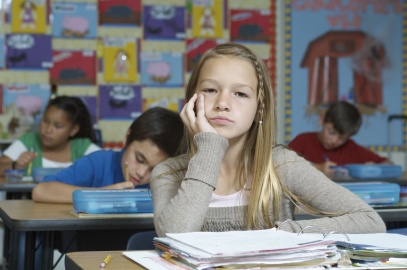 Once when I was traveling with my mother, we met a woman from Australia and discovered that, despite the fact that we all spoke English, we still had cultural differences. My mother told her about this wonderful vest I had with all the pockets so I could keep my money, passport, photo equipment, maps, bus schedules, brochures, snacks, and other gear handy. (It was from Banana Republic.) Slowly I realized that to the Australian woman, “vest” meant “undershirt,” and she was getting a very odd idea of how I carried around my travel supplies.

She also said that she couldn’t understand how there could be a different speed limit in every state, especially since we had 50 of them. (Australia has six.)

“That’s nothing,” I said. “You should see the liquor laws. Those can vary by county or even city or township – when and where you can buy beer, wine, and liquor, if they allow it at all; what days and times liquor stores can be open; and so on.”

That’s not unlike how the education system in the United States works. “Local control” of education is held sacred in many schools and districts, even if it means that students in one state learn about evolution while others don’t, or that school boards have control of curriculum instead of states, or that children in certain states use textbooks the content of which is dictated by people in other states.

It’s a patchwork and a hodge-podge, and a big mess. Attempts to make school funding more fair, to eliminate de facto segregation, and to standardize curriculum are loudly and effectively resisted.

Betsy DeVos, the new U.S. Secretary of Education, is at best a loose cannon. Her nomination was confirmed by only the slimmest of margins – hardly a ringing endorsement for her agenda. And what is that agenda likely to contain?

More patchwork, more hodge-podge, more mess. In addition to waving the banner of local control, Ms. DeVos is a proponent of private and charter schools, which suck students and money away from the public schools. And she promotes the practice of home-schooling, which can be beneficial or not, depending on the skill and oversight of the home-schoolers, and what they teach their children.

Fortunately or unfortunately, we may not have to deal with whatever changes Ms. DeVos would like to make, since shortly after her confirmation it was announced that the entire Department of Education was slated for destruction.

Why do we even have a Department of Education? It was broken off as a separate Cabinet-level department from the Department of Health, Education, and Welfare (now called Health and Human Services). For over 35 years, its function has been to “establish policy for, administer and coordinate most federal assistance to education, collect data on U.S. schools, and to enforce federal educational laws regarding privacy and civil rights.” It had almost no influence on curriculum or standards until 2001’s No Child Left Behind Act. It has been opposed since its inception as being unconstitutional because education is not mentioned in that document.

Ms. DeVos has expressed opinions at odds with the laws that guarantee these rights for disabled students, especially IDEA, the Individuals with Disabilities Education Act. Parents of children with disabilities and educators who work with those populations were particularly vocal opponents of her confirmation.

What this all means for education is a profoundly unsettled question. What will Ms. DeVos be able to accomplish before the Department disappears out from under her? Will the laws regarding access to education be weakened or even repealed? It’s almost certain that more and more matters will revert to local control, with all the confusion and inequities that system fosters. Will parents who want specific educational outcomes for their children be forced out of public schools and into home-schooling or private schools (if they can afford them)? Will families have to relocate to districts or even states with compatible educational programs and goals?

Increasingly, it’s going to be difficult to call the U.S. system of education a system at all.