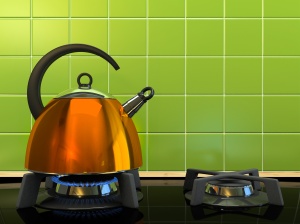 Even regarding a life-long passion, I think a person can be too devoted to something. Note I said “something,” not “someone.” I’m not here to deny that kind of passion. In fact, I rather enjoy it. I just think that, sometimes, being too devoted can get in the way of accomplishing anything.

Take projects, for example. I know many a crafter or artist who has a back room filled with fabric, yarn, beads, canvas, clay, or patterns, but nothing at all in a state of completion. And that’s not necessarily a bad thing. When the muse refuses to cooperate, it helps to have a backup plan. There’s always a different pillow to stuff, doll to repair, painting to start, song to write, or sweater to knit.

I’ve had my share of unfinished needlepoint, counted-cross stitch, and latchhook projects, but they fell to the wayside as my eyesight has worsened.

I still have partial writing projects, though, simmering on the back burner.

I have recently had my first book published, but I’m here to tell you it’s far from the first one I wrote. I had more or less abandoned it and gone on to other projects when exactly the right publisher appeared, hungry for exactly the manuscript I had in the back of my drawer.

The fact that it was in the back of my proverbial drawer (actually a folder on my computer) may have meant that I had despaired of placing the manuscript, but not that I was done writing. All through my life, I’ve had several writing projects going, in various stages of completion. When one stalled, I would work on another.

I once wrote a murder mystery, a thinly disguised version of killing off my Rotten Ex-Boyfriend Who Almost Ruined My Life. I figured if that didn’t make me feel better, I could kill him off again in the sequel. But aside from a few positive comments on my “voice” and some great advice from Sue Grafton at a writers’ workshop, it went nowhere except to the back burner. And has stayed there ever since. Will I ever turn up the heat on it? I wouldn’t rule it out.

I tried again, with a nonfiction book this time about cartoon character Lisa Simpson. I ignored the fact that Fox would have a thing or two to say about a book based around one of their copyrighted characters. This time when I submitted a proposal to agents, I got back the one thing I never expected: not an acceptance, but a really great rejection letter. It was obvious from it that the person had done a thorough reading of my manuscript and thought about exactly why it wouldn’t fly.  Then she told me, in detail.

I abandoned that project (no back burner for that one, just lessons learned) and moved on to blogging. I had been blogging weekly for several years when it occurred to me that I had enough material for a book. A friend suggested that I give it a try. So off went proposals for Bipolar Me. Dozens of proposals, for several years. No dice. Eventually, I gave up. Back it went, on the burner or in the drawer, until an indie publisher swooped in and resurrected it. Now it’s available on Amazon, Nook, and Apple.

I haven’t completely given up the idea of fiction. I’ve got a new mystery that’s pretty close to being finished – if only I could figure out what needs to happen in that one pivotal chapter that still hasn’t come together. Right now, it’s on the back burner, waiting for a burst of creative fire to get me going on it again.

I’ve also got a number of humorous essays from this blog that I’m eager to turn into something. That’s what I’m working on now while I wait for the mystery to come together. And if neither one of them shows any forward motion, I’ve always got these blogs to write. I may never run out of manuscripts, circulating out in the world, stagnant on my hard drive, or on the back burner, just waiting to bubble.

At least they only clutter up my hard drive and not my whole study.

2 thoughts on “Projects: The Back Burner”