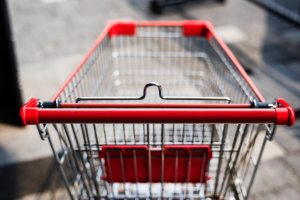 Yes, I know. We’ve all seen the pictures. Fat people. Poor people. Poorly dressed people. Disabled people. Photos taken secretly at unflattering angles and then posted on the Internet for others to share and mock.

Doesn’t sound so funny when you say it like that, does it? Don’t try to tell me it’s all in fun. It’s not fun for people who see their own pictures being posted. If you wouldn’t point and comment and laugh at a person IRL – and I’d like to think no one over the mental age of 13 would – why is it okay to do it online?

It’s not that I’m a fan of Walmart. I’m not. I won’t shop there myself, and not just because I’m afraid of seeing a picture of my ass when I bend over to get something off the bottom shelf displayed on my Facebook feed.

But some people have no other realistic choices. People who live in rural areas, for example. Walmart may be the only grocery store/department store within miles of where they live. It’s the same for people in small towns (once Walmart has run all the Mom-n-Pop shops away). I live in a nice suburban area with lots of shopping choices, but I know people who don’t. For them, making a monthly or weekly trip to “Wally World” is a necessity.

Other people shop at Walmart simply because they can’t afford to shop anywhere else. Walmart may not be known for high-quality products or an appealing selection, but they are known for low prices.

Do these people really need to add potential humiliation to the struggles of their everyday lives? Or do they deserve respect like other human beings?

It’s also worth giving a thought to the people who work at Walmart, which is not known as a kind and sensitive, or high-paying, employer. Many a Walmart worker gets so little income from their labor that they are receiving SNAP benefits (as food stamps are now called). It’s been pointed out that when employees have to rely on food stamps and the employers don’t pay a living wage – and get government tax breaks – it is actually corporate welfare.

Finding reasons to hate Walmart is easy enough. Marketwatch once published a story, “Four Reasons Walmart Is the Most Hated Retailer in America.” AlterNet reported that Walmart and its managers treat workers “like dirt, including low wages, no benefits, irregular schedules, and unreliable hours,” as well as disrespect such as forcing workers to do heavy-duty work despite medical conditions and pregnancies. Recently Walmart took a hit when it reclassified a disabled greeter’s job so it required him to be able to lift 40 pounds. (Public outcry caused them to walk back the decision.) Walmart also has a bad record with regard to settling employee grievances and labor organizing.

So as far as I’m concerned, say what you will about Walmart the company. Bitch all you want to about their merchandise, their checkout lines, and their corporate management. But leave their greeters and other employees out of it. They have it rough enough. They deserve respect, too.

And before you post a picture titled “People of Walmart,” think twice. The fact that the photos are taken and shared without the subjects’ permission may mean they are technically legal since they are taken in a public place. But honestly, don’t we have better things to do than appearance-shaming people who shop there – or any people, for that matter? Show some class, people. Don’t share the photos.