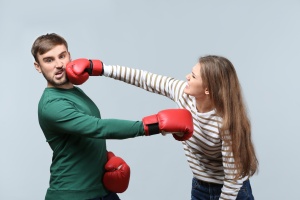 I’ve recently become aware of a practice called “Sealioning.” (No, I don’t know how it got that name.) Evidently, it’s used by online trolls when they see a meme they don’t like. They challenge the poster to prove it – every statistic, every quote, every comma. One meme I passed along recently said, “If the free market works so well…why do corporations need $93 billion in annual government subsidies?”

Apparently, that provoked a friend of mine. “IF the statement is true, it may be a decent question,” he replied. “Without the meme providing a citing as its source, it’s difficult to evaluate the actual accuracy of what this meme is saying.”

When I replied that memes aren’t news articles and he could go look up the statistics if he wanted to, he informed me, “The burden of proof resides with the one originating the post, who’s attempting to assert or deny something.”

We went a few more rounds and then I went to bed. It wasn’t a fight I could win. There would always be another “if” or “prove it” or other quibble. The argument is futile, unwinnable. No use wasting brain cells on it.

The thing is, I probably shouldn’t respond. But I don’t block him because he is a friend who loves to debate. I love to debate too and don’t mind spending a few minutes engaging in it with a friend. After I’ve reached my limit for the day, I retreat to bed, neither of us having swayed the other.

(I still post political and social memes occasionally. I don’t post them to try to convert the sealions, but to let other people know where I stand.)

However, there are battles that I almost always win, because I’m on solid ground. Battles to do with language, usually. Back in the day, I was known as the “Punctuation Czar” (this was during the time when the government had a czar for every department). I cringed at split infinitives, corrected those who mispronounced words, and generally acted snobbish toward anyone who broke the rules. I would even offer to bet paychecks on points of grammar. No one ever took me up on it.

Those were fights I shouldn’t have gotten into, because as an English major, editor, writer, and proofreader, I would likely always win them. Winning them, however, was rude and unworthy. I found myself liking my role as the “Grammar Police” less and less. And there were some rules, such as the one about split infinitives, that I’ve given up because they make no logical sense. These days I only correct people when they ask (or pay) me to. (Except for my husband. I feel he’s fair game and I will not rest until I can get him to stop saying “foilage” when he reads his seed catalogs.)

Most of the time, though, disagreements with my husband fall into the category of arguments that aren’t worth starting, much less winning. Little things annoy everyone, but there’s just no percentage in pursuing them.

Dan, for example, when he needs to wash a single dish or pan, routinely squirts it with enough soap to wash a whole sinkful or two of dishes, plates, glasses, pans, and silverware. It wastes soap, of course, but is it really worth picking a fight over? I can avoid bad feelings simply by buying more dish soap.

(Another time we avoided a fight simply by postponing it until it was no longer an issue. You can read about it here, if you want: https://wp.me/p4e9wS-ct. But I digress.)

The world is full of arguments just waiting to happen. But I don’t have to be part of them if I don’t want to. I’ll save my energy for just the right battle, and when it comes along, I’ll fight to win! 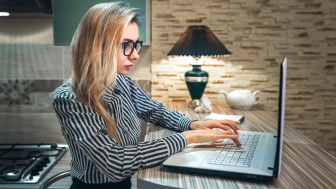 Editing on-screen is, admittedly, not as much fun as editing on paper, when we got to use colored pencils and make arcane hieroglyphic marks that the uninitiated couldn’t translate.

But these days, it’s necessary. Whether you’re editing your own writing (see http://wp.me/p4e9wS-rS) or someone else’s, it needs work. It’s a mistake to take the first outpourings of your brain and slap them up on WordPress or LiveJournal. Even if you’re a fantastic writer with brilliant thoughts, there are many glitches possible between your mind and what you offer to the public.

I write mostly in WordPress and Microsoft Word and edit mostly in Word or PowerPoint. But whatever the platform, there are certain similarities. Here are some techniques that will make your on-screen editing easier and more accurate.

Editing Ergonomics. This may sound obvious, but with wide-screen monitors taking over America’s desktops, perhaps it needs to be said: Center the page you’re editing directly in your line of sight. And remember to blink so your eyes don’t dry out. You already do that, don’t you? Find a type size that’s comfortable for you (175–200% enlargement is about right for my feeble eyes).

Periods and Spaces. Forget all the arguments. The standard for anything that is to be read on-screen is one space after a period. Period. Many writers don’t know this, and even those who do may lapse into their old typewriter ways and automatically, robotically, put in two spaces.

Fortunately, there is a cure – Find and Replace. All you have to do is ask the computer to find two spaces and replace them with one. Ask it to replace all the double spaces it finds in one go. Then save (for heaven’s sake!). Voilà! Your manuscript is now up to date in the format accepted by online publications.

Use Your Tools. Word processors these days have built-in tools that check your spelling, your grammar, your word count, and sometimes even your lexile. (Why is lexile important? It’s a readability score that indicates whether you’re writing at, say, a fifth-grade reading level or a seventh-grade level or a twelfth-grade one. A ninth-grade level is usually acceptable for a general audience.) Add-on tools also exist, such as Grammarly, which checks your writing on the fly and suggests what you might have meant or how you should have punctuated it.

Don’t Trust Your Tools. For most problems, you can, but sometimes you know better than the computer what you mean to say. For example, my computer flagged “lexile” and wanted to know if I meant “exile” or “flexible.” (I didn’t.) There are thousands of autocorrect memes floating around out there that show just how funny or horrible the results can be. Nor will spelling/grammar checkers catch everything. I just typed “Thre” for “There” and the program didn’t flag it.

Remember Your Low-Tech Editing Habits. Read over your finished piece slowly, or, better still, aloud. Put it away for a few hours at least, or preferably a day, and reread it. Slowly. Concentrate on a paragraph at a time, then go back and read the whole piece straight through. Double-check the spelling of names and places, another thing spelling checkers may overlook. (Although I just wrote a piece using the name “Semelweis” and the checker suggested “Semmelweis,” which was indeed correct.)

Have Someone Else Read Your Piece. You may be writing all alone in your Fortress of Solitude, but there’s a world of people out there who may be glad to look over your work before you release it into the wild. (Also some who won’t, so you may want to set up an arrangement with a trusted friend or a writer’s group.) Shoot the piece off by email and get replies the same way, or using those handy electronic Post-It Notes or comment features.

As time passes, fewer and fewer people will have those old typewriter and pen-and-paper habits. Even those born writing on-screen can use a few reminders, though. But on-screen or off, remember that there is still no substitute for a pair of human eyes and a human brain. Blaming errors on the technology is a cop-out – you’re the writer; you are responsible for the finished product.