The other day I was musing on all the things I’ve been in my life – daughter, wife, student, college graduate, cashier, editor, writer, blogger, and more. But I realized there were more roles, ones that I acquired because my husband assigned them to me. 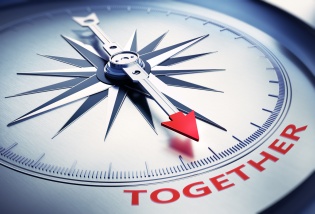 Unfortunately, my husband is topographically challenged, so I have to be his GPS. I know it’s not his fault; he just doesn’t have those little magnetic bits in his head that tell him how to go around a city block and know where he is, or to reverse-engineer directions so he knows how to get back from wherever he’s gone.

As a consequence, I have to go with him to the plant store, the KFC, and even the airport (north or south on the main highway?), despite the fact that he’s lived here for over 30 years.

I bought him an actual GPS once but he refused to use it because I refused to set it up for him.

Another role was Dictionary. Well, and Thesaurus too. Let’s just say that spelling is not his strong point. He used to love amazing his co-workers by dialing a number, saying, “Dictionary,” and getting an automatic definition or spelling.

Of course this spilled over into his college work, when I also became his copy-editor as well as speller. And sometimes his content editor as well. (He did write the papers himself. He earned that degree.)

Once when he had to be out of town I even went to his class and took notes for him. (One guy in the class was so impressed he said I was the best wife in the world.) Luckily, it was a religion class, not a math class.

My husband returned the favor. When it was my turn in college and I was writing a paper on William Carlos Williams and Wallace Stevens (my “Willie and Wally” paper), Dan went through the indexes of every book I took from the library and put a sticky note at each reference.

(I know another couple who put each other through college, working menial jobs while the other studied. I was impressed, at least until they divorced.)

But the role I hate most is snooze alarm. If he asks me to wake him up at 3:30 (which I maintain is the clock’s job), and I do, he’ll say, “Give me another half an hour.” Then ten more minutes. Like I dispense time, or sleep. I used to be the ATM, too, and dispense $20 bills.

I can’t complain too much about my husband, though. He has definite roles too, prime among them Picker Up of Icky Things. No matter if it’s something hairy in the back of the fridge or something dead in the driveway, it’s in his domain.

I know every good marriage is a matter of give and take, and that couples do well who share their strengths and weaknesses. But honestly, the clock has an actual snooze alarm, and I can pick up icky things if given tongs and a shovel (unless they’re also smelly, which is when I call for help).

At least I don’t have to be the ATM anymore. My husband figured out how to work one of those.